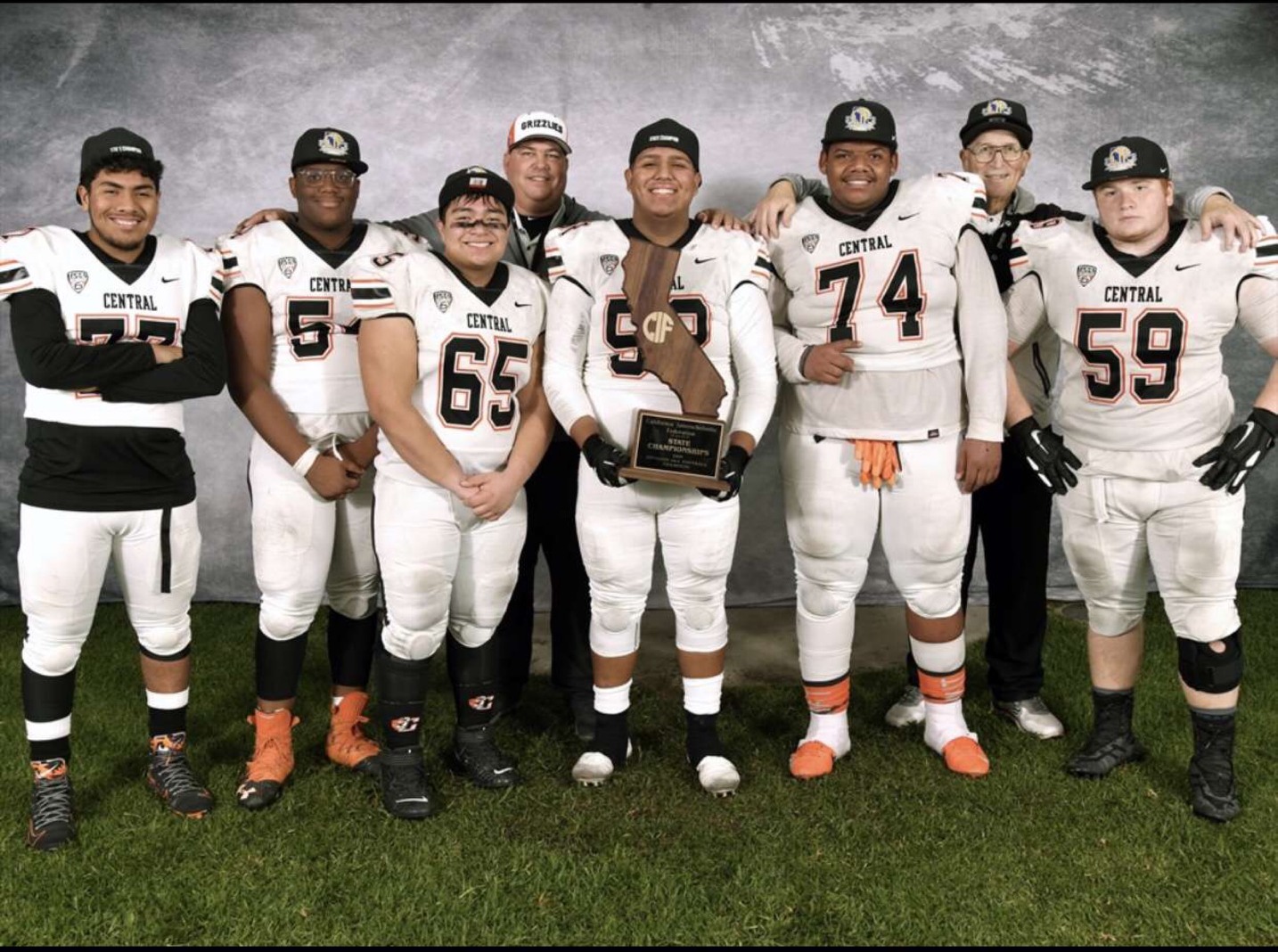 The Central Grizzlies came into the season knowing they have enough talent to win a state championship. But their mission would only be complete if they complemented talent with discipline, paying attention to the smallest of details.

As it turned out, that’s exactly what the Grizzlies did to capture the school’s first D-1AA state championship. The team bought into the blueprint during the offseason and executed the plan throughout its undefeated season, culminating with a 34-19 victory against Sierra Canyon in the CIF State Football Championship Bowl Game at Cerritos College.

The Grizzlies remember the bitter feeling of losing in the first round of the state tournament for the past two years. But the team learned from the heartbreaks and came into this year more motivated.

“We had this demeanor all year that our goal is to go to state,” Tatum said. “We wanted people to know that Central is not just a team that goes to Valley and loses in regionals. We are a team that can finish.”

It was a tough road to the state championship for Central. But the team pulled off a 28-21 win against Buchanan in the Valley Championship game and a 38-32 win against Oak Ridge in the Northern California State Championship. In the end, when the games got tight in the fourth quarter, the Grizzlies  were prepared for the pressure.

“When we had those 15, 20 play drives, we were pushing strong as if it was the first play of the game,” Tatum said. “All the hard work we put in really showed towards the fourth quarter.”

The hard work and attention to detail especially paid dividends for the offensive linemen, who found enough stamina to help the team sustain long drives.

“Our coach told us all year, we only go as far as our o-line takes us,” Tatum said. “We had just as much pressure on us as our quarterback does. We can’t score unless we block, so we have to do our job to the best of our abilities in order to get our playmakers space, to give our quarterback enough time to throw the ball and he can make his reads without anybody being in his face.”

Even if their work often goes unnoticed by the average viewer, the linemen never cared about the lack of attention.

“I don’t think o-line will ever get the respect we deserve,” Tatum said. “But in the long run, the people that we’re looking for respect from is our head coach and our o-line coach. Getting that respect from them is all that we need to know that we’re doing our jobs the right way to get that win.”

As the clock hit zero in the state championship game, the Grizzlies realized the moment they had envisioned after so many heartbreaks.

“My teammates were talking about ending our senior year with a bang, which is bringing home a state title,” Tatum said. “Even in the moment, tears came down my face, just knowing that we did that for our school. We set high standards for next year’s team.”