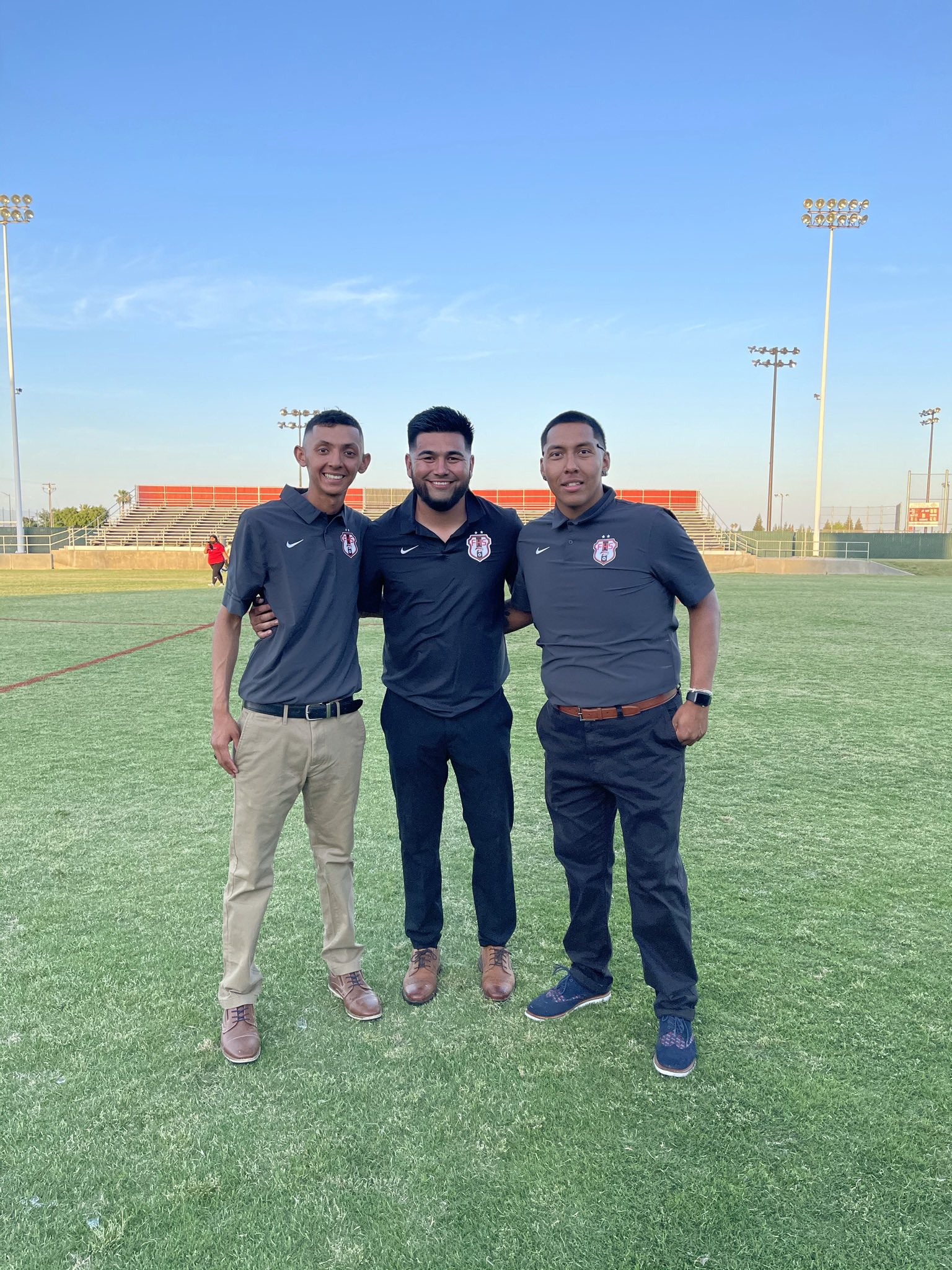 “I strongly believe that we’re going to win it all this year.”

Jesse Camarena has traveled the country, played against dozens of professional soccer players and received offers to coach in various places. But after all his adventures, Camarena chose to come back to where he was born and raised: the Central Valley of California.

It was a decision that paid off in 2020 when the Cali native led his alma mater, Orosi High School, to a section title in girls soccer, earning the achievement in his first year as head coach of the program.

“That’s not our first rodeo,” Camarena said after the Cardinals came from behind to win 2-1 against East Bakersfield in overtime of the championship game. “We don’t panic from nothing. We knew there was time left on the clock. We know we can score at any given moment.”

The 2013 Orosi graduate, who also served as assistant coach of the Cardinals boys soccer team in previous years, chose to embark on a new adventure after winning the title in his hometown. This new chapter is unfolding at Fowler High School, another Central Valley institution which also sits in a community full of passionate futbol aficionados. In this soccer-crazy town, the first-year head coach has already led the boys soccer program to a league title.

The players, who have grown immensely close to their leader in a short time, doused the coach with a bucket of ice water after clinching the top spot in the West Sequoia League. The Redcats then proceeded to finish with a perfect record in the WSL. Now, they have their eyes set on a Valley Championship.

For Camarena, there is no doubt about how far the team can now go.

Camarena had been admiring Fowler’s program long before he took the job. The community’s passion for soccer especially became evident to Camarena in past years when he came to the town as the opposing coach.

“The kids feed off the community’s support. They know they’re never left alone by themselves. Not every town has that,” he said.

And it helps to have some players who have already made a name for themselves in the Valley.

“I knew this program had really good soccer players. I thought whatever I could bring to the table could push them forward,” Camarena said.

As an added bonus, the administration has welcomed their new member with open arms.

“The administration has been nothing but the best,” Camarena said. “They’re always asking ‘Do you need help for this’ or ‘Hay what else you need? How can we make things easier for you here?’ When you have an administration who has your back, it’s very easy to work with. That’s the reason why I wouldn’t want to leave Fowler.’”

The former Fresno City College state champion inherited a young team when he came to Fowler. But the players quickly proved their maturity, showing dedication to their school work and their performance on the field.

“I’m not surprised because when I started I knew what I was getting myself into. They made it very easy for me to coach them,” Camarena said. “My kids understand their roles, the culture I’m trying to build. They’re locked into it. They never questioned it.”

That culture is mainly focused on helping the student-athletes advance to the next level.

“They’re students first and they’re athletes second. My plan is to get them to play college soccer,whether it’s community college, D2, D3, NCAA D1,” the Fowler resident said. “My goal is to get these kids on the right path to life. Soccer is just their gift to get there.”

The young team also includes a group of older players who are stepping up as leaders.

“My seniors have been nothing but good to them,” Camarena said. “They never put anybody down. Everybody is united. It’s a beautiful thing to watch.”

Camarena started playing club soccer at the age of 8 while growing up in Orosi. He has since continued to grow his love for the game. Now observing the Valley as an adult, the futboler still sees the same community that inspired him to kickoff his career.

“Soccer in the Valley is unheard of. We don’t get as much appreciation just because we’re in the middle of California. All the southern schools get all the attention,” he said. “Not everybody can play club soccer here because they don’t have funds for it. Or not everybody can travel. We don’t have those privileges, so people don’t talk about us because we don’t make big noise. But there is talent here 100 percent.”

The Valley’s unfailing dedication to the game turned out to be the deciding factor which would bring the well-traveled coach back to his roots.

From the looks of it, this may be just the beginning of Camarena’s love affair with Fowler.

“I want the community to keep believing in me. I want Fowler to keep understanding that I’m trying to bring nothing but success,” the first-year coach said. “I’m not trying to put any kid down. We’re going to keep going and believing in the culture, believing in what we’re doing.”

Fresno Sports Mag is published by your local journalist, Tomas Kassahun. It’s made by possible with the support of my incredible wife, Annette Dedios, who guides me with her business expertise and allows me to sacrifice some time from our family to dedicate my efforts towards this project.
Annette is also ready to help you buy your next home in the Valley. Find her on Facebook. Whether it’s real estate or sports reporting, we’re here to show that we care about our community.