Evan, Bennett Williams Set To Face Each Other As Oregon Hosts Fresno State 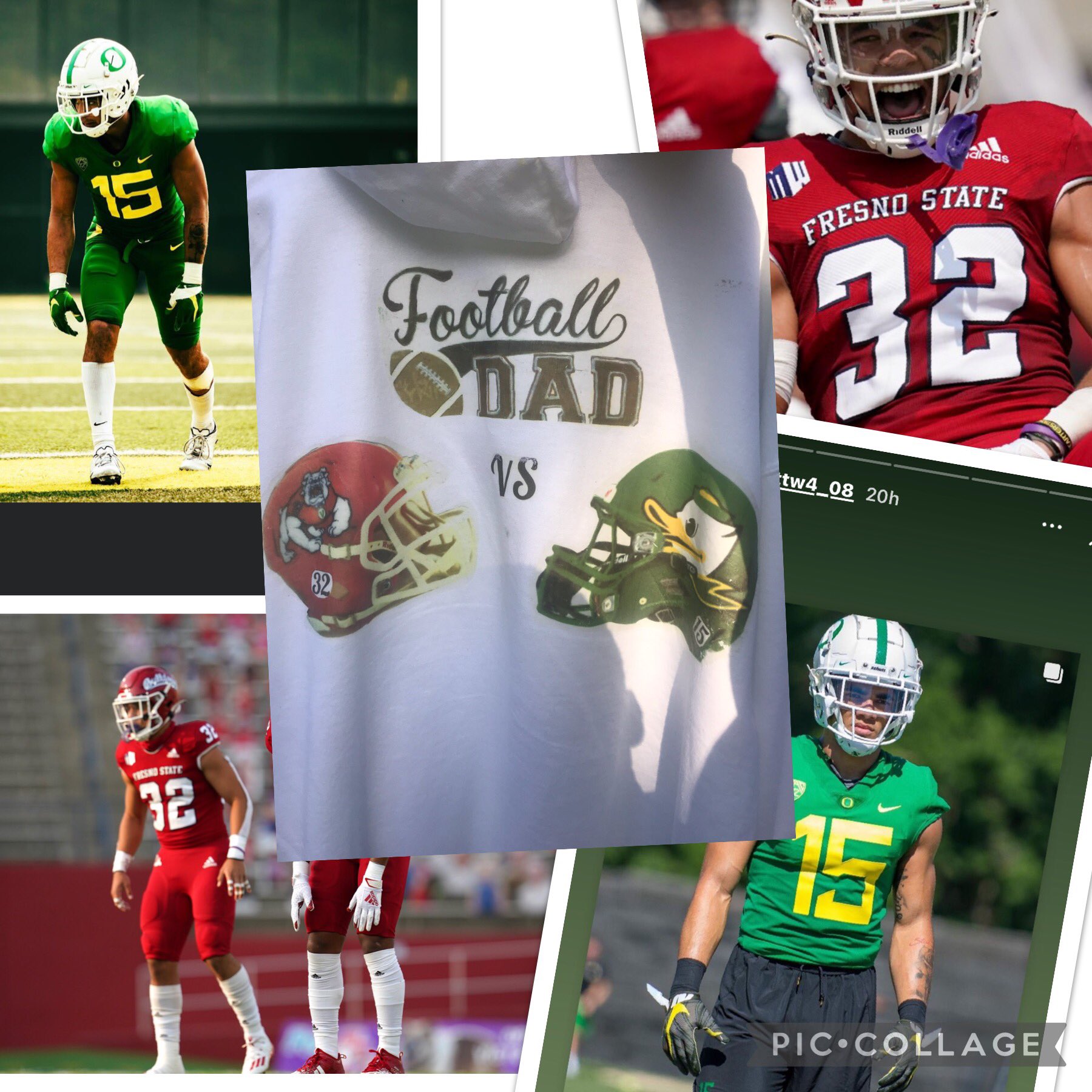 “I’m really looking forward to the boys being on the field at the same time.”

Garey and Dani Williams will be watching with mixed emotions on Saturday as their two sons face each other on the football field, representing the Fresno State Bulldogs and the Oregon Ducks.

On the one hand, it’s an anxious feeling for the couple, who are already dreading the fact that one of their sons will come out on the losing end when the game clock hits zero. But it’s also a dream come true for Garey and Dani, who get to have the rare experience of seeing Oregon’s Bennett Williams and Fresno State’s Evan Williams on the field at the same time.

As Garey and Dani prepare for the big game in Oregon Saturday, they reflect on the road that led the family to the much-anticipated day. The couple remember 2-year-old Bennett, who fell in love with football as a baby and ran around the house, saying “tackle me daddy.”

“We knew he absolutely wanted to play the game,” Garey said.

Evan, on the other hand, was more shy when he was a toddler. But the timidness didn’t stop him from being competitive with his brother.

“Anything his brother did, he wanted to do a little better,” the proud father said. “So when he saw Bennett catching a football, he wanted to do it better. He never vocalized his desire to play football, but he did it really well.”

Garey and Dani Williams now join nearly 30 other family members and friends to make the trek from their home in the Bay Area to Oregon, where the two safeties will take the field and aim to put on a show for their loved ones.

Considering how both brothers play defense, Garey doesn’t think of it like his sons are playing against each other. That kind of approach brings a sense of calm to the father. Still, he gets nervous again when he thinks about the final score.

“The nervousness comes from like how to deal with whoever comes out on the losing end,” he said.

With Oregon coming in as the heavy favorites, however, Garey said the family feels more prepared for a predictable outcome. But the final outcome, however it turns out, will not spoil the family’s long-awaited moment.

“I’m really looking forward to the boys being on the field at the same time,” Garey said. “We as a family have thought about that part for years.”

The two junior safeties, who are actually two years apart, rarely had a chance to play on the same team when they were younger.

“In high school, Bennett was on varsity football. And Evan, as a sophomore, got pulled up to varsity for the playoffs,” Garey said. “They just happened to be on the same team for a few games.”

Saturday will also mark their first time ever playing against each other. But Garey said he hasn’t heard much trash talking between the two brothers ahead of their big moment. Even without the trash talk, however, the competitive juice that had been brewing since their childhood may be boiling underneath the surface.

Garey remembers how the two siblings would run outside every morning when they were children, each trying to get to the newspaper first so they can bring it back to their parents. As Garey and Dani now see their children as young men, they also notice how the two athletes have embraced the lessons they learned as children.

“The traits of working hard, discipline and sticking with something, commitment, those mean everything,” Garey said.

The two students, who have proven their character in sports, are also applying those same traits in academics. Bennett actually had one of his proudest moments in the classroom just a few days before the big game against his brother.

“Last night he got an A on some huge project he was working on in Psychology,” Garey said. “On the verge of one of the coolest games in your lifetime against your brother and all the hype surrounding that — he’s applying himself in the classroom. I was like that’s pretty darn sweet.”

“He wanted to help change the world with the global heating and all that stuff,” the junior’s father said. “That is something that affects him very much.”

The Oregon athlete then switched to Psychology.

Evan, who is studying Business Administration, has been an honor roll student every semester at Fresno State.

“He really applies himself in the classroom,” Garey said. “I can’t tell you that it isn’t just because he wants to beat his brother. He may be doing really well in the classroom just to say ‘Oh yeah, I got better grades than Bennett.’”