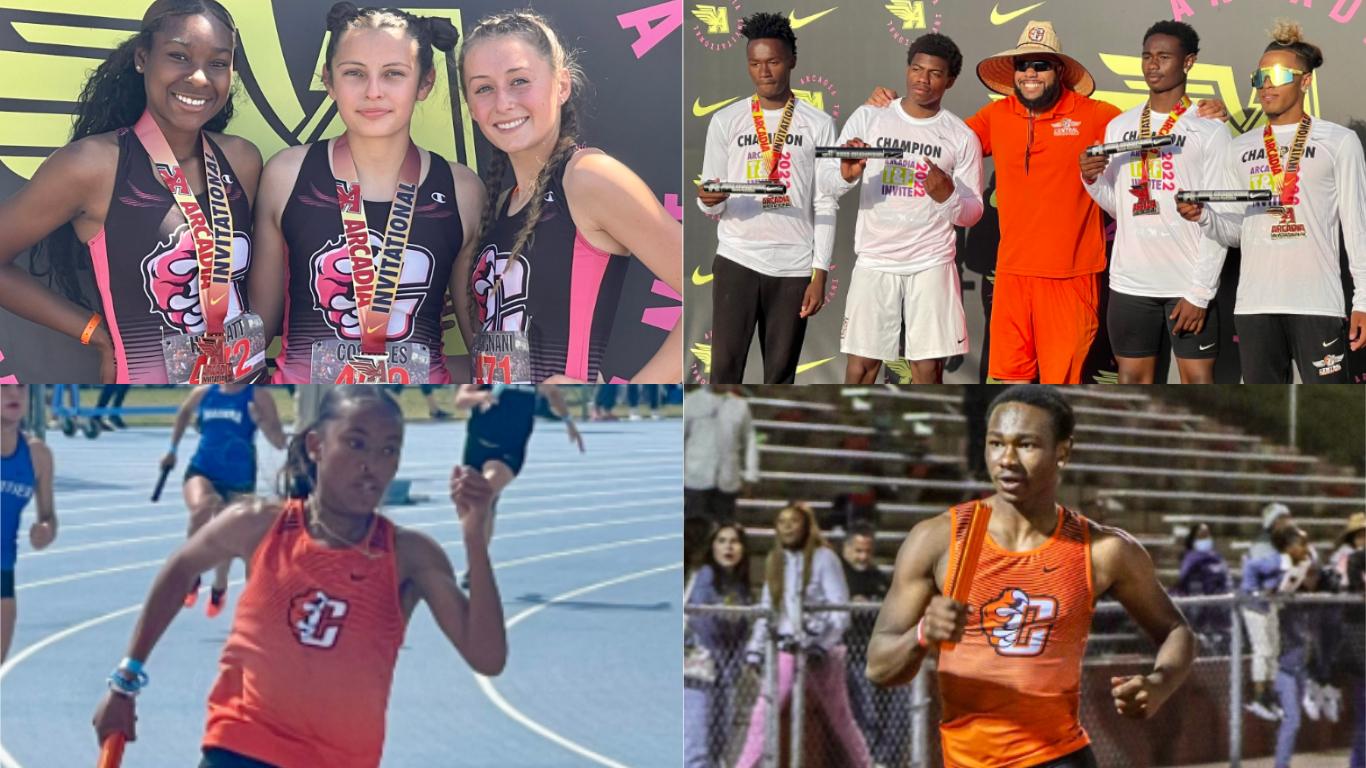 “Cameron’s success comes from his drive to be the best. He constantly wants to improve.”

After a stellar 2021 season, the Central High School track-and-field team is once again looking dangerous in 2022. The Grizzlies, who featured several section and state champions a year ago, are seeing similar results from many of the same athletes, as well as some new faces.

Jeremiah Walker, the state champion in the 400-meter run, is among the athletes who is in the midst of another record-breaking campaign. Walker broke the school record for the 100-meter run when he ran a 10.49 at the West Coast Relays on April 2. The senior also holds the Central record for the 200-meter run (21.02) and 400 (47.43).

Cameron Tarver is another senior who has returned more determined than ever after a strong season a year ago. Tarver put together a dominating performance at the CIF Central Section North Area Championships in 2021, finishing first in the boys 100-meter dash (10.63) and first in the 200-meter race (21.25).

At the Central Section Masters Meet last season, Tarver finished second in the long jump (22’7). He also took second in the 200-meter run at the same meet (21.34), finishing just behind Walker.

Tarver, along with Walker, Imari Conley and Terrell Johnson, set the school record in the 4×100 relay last season (41.25 seconds). The record-breaking performance happened at the CIF North Area Qualifying meet.

Tarver is heading to San Jose State along with Walker.

“Cameron’s success comes from his drive to be the best. He constantly wants to improve. In the classroom also where he has a 3.9 GPA,” Davis said. “He leads our team as the Captain. You will find him organizing athletes to set up our camp at meets or warming up the team before meets. His drive and leadership are an attribute to all.”

On the girls side, Riley Costales, continues to establish herself as one of the top runners in the state.

Hoggatt and Costales have competed against each other in hurdles since elementary school.

“They push each other,” Davis said.

Another Central athlete, Iyanna Fuller, is having an impressive comeback season after being injured most of last year.

The Grizzlies will be losing Walker, Fuller and Tarver next year. But the youngsters appear to be ready to take the baton.

“Imari Conley is top 10 in 100 and 200. Terrell Johnson is ranked fourth in 400m and is on our Valley leading 4×400 relay. Along with Walter Pierce, fifth in 400 and 2nd in 300 hurdles. Sophomore Noel Felix is really coming on in hurdles rounding out a good core for next year,” Davis said.

At this point in the season, Davis said the team is hitting its season goals and striving to improve every day.

“Our league proved at Arcadia that it is one of the top leagues in State. We always have the goal to win Sections, but this year is really tough,” Davis said. “Clovis, Buchanan or Clovis North along with us can win it. It will be who is healthy and competes well that day.”